Now that we’re hip-deep in the Technology Age, one would think that every industry would be taking advantage of the wondrous and amazing developments in automation.

While the percentage of businesses who don’t use marketing automation at all has declined from 18% to 12% since 2016, only 2% exploit the full potential of marketing software to do the grunt work for them.

That’s a lot of money left on the table, and naturally begs the question: what’s the problem?

To be blunt, ignorance is to blame, but more on that later. Let’s take a look at what these savvy two-percenters are doing right and where everyone else is missing the boat.

Just as a heads up, when we talk about automating your marketing and business processes, such as your email outreach or your market research, a great many of the automated techniques are related to targeting and retargeting. Read the rest of the article through that prism.

Why retargeting? Because the practice has proven itself to be monstrously effective in recent years.

Look no further than the fact that 70% of online shoppers who have been retargeted go on to convert. That is huge. It could be the difference between a profitable year and bankruptcy court.

What is Marketing Automation Anyway?

It’s easy to say “marketing automation” like you know what it means, but a lot of people actually don’t. Part of the problem is that the concept doesn’t readily lend itself to a memorable soundbite. This means you have to put your thinking cap on to really understand it. Some people don’t like to think. It’s hard. Let’s break the idea down into non-scary terms.

The automation of marketing activities is a direct result of business growth. For this discussion’s sake, let’s define marketing as closely entwined with the sales process. A new company typically is defined by two roles:

At first, it’s easy for the marketers/sellers to maintain a 1:1 relationship with potential customers. If the product or service is popular, though, that won’t last long. Even if you keep hiring staff to compensate, continued growth eventually leads to the point where trying to do it all with Outlook, Word, and Excel spreadsheets just won’t work.

The problem at this stage is that data overwhelm introduces redundancy and inefficiency into the system. Before long, it seems like every staff marketer spends half a day trying to create effective social media content and the other half notifying customers when a new blog or Instagram post goes live. And when they aren’t doing that, they’re prospecting for new customers through email.

Guess what? Most of those kinds of tasks are mindless. If you think there should be software for that, you’re right and there is. Marketing automation simply defines a category of software and web-based services that automates repetitive tasks like prospect research and streamlines workflow so that company growth isn’t hindered.

If your company cold emails prospects – which is actually still an effective tactic – one at a time by hitting the “send” button dozens of times a day, just stop. Please. Email has evolved so far beyond that. Here are the most popular ways the two-percenters augment their basic small business marketing tactics by using email software to slice and dice their list:

To the uninitiated, these suggestions might seem hopelessly complex. Trust us. They aren’t. Create the various email content once, load it into your email marketing software of choice, and turn it loose. 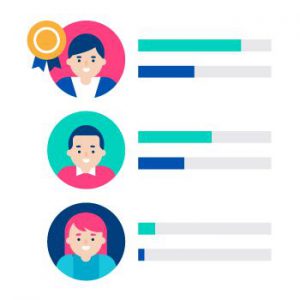 Okay, the idea of ranking lead generation based on how much and what kind of interest they show to your initial outreach isn’t much of a secret. Most marketers are aware of the idea and might even do it in a slow, methodical, MANUAL manner already. Sure, it’ll work, and you’ll eventually lose your mind in the process.

Let’s take a peek behind door #3 to see what the two-percenters are up to in this area. Marketing software can easily note and categorize user behavior by monitoring these kinds of actions:

Each of these simple actions/behaviors indicate a receptivity (or lack thereof) to further marketing and gain further insight by reviewing the exact content they spend time with, which will be essential information for paid promotional advertising on social media, multi segmenting, search engine optimization, and other targeted marketing strategies.

With automation, it’s a simple matter to dial up a particular user and let the software sift through all this stuff and present it to you in an easily digestible form. And not a single human had to exert an iota of effort to make it all happen.

Artificial Intelligence is Getting Ready to Explode

Don’t let the term artificial intelligence (AI) scare you. The two-percenters don’t. It’s just a way to describe incredibly complex algorithms that are able to digest mountains of data in moments and spit out rational, reasoned suggestions for action. While volumes could be written on the effect AI is already having on the marketing industry, let’s focus on a single automated idea.

We touched on this a bit in the previous section when we talked about how software analyzes user behavior to recommend future marketing efforts. With AI leading the way, these efforts become instantaneous when the software detects a visitor arriving and creates a personalized landing page on the fly that reflects their specific interests.

Think that will keep a visitor around longer than a generic page you throw out to everyone? Say yes. 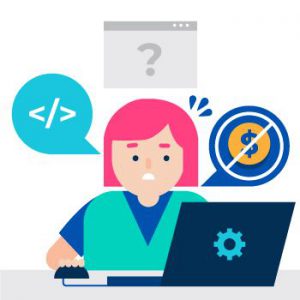 The vexing part about the use of marketing automation is that the rate of implementation has actually declined in the last three years. It’s a mind-blowing concept until you consider that the reasons are pretty simple.

There you have it. That’s why only 2% of marketers are making full use of modern automated marketing tools and staying ahead of other companies that are losing up 30% of customers a year on average.

Will this ever change? Probably, but only after the current crop of stuck-in-the-mud marketers either die off, retire, or find themselves forcibly dragged into the 21st century.

Dan Fries is a freelance writer and full stack Rust developer. He looks for convergence in technology trends, with specific interests in cyber security, micromobility, and smart cities (??). Dan enjoys snowboarding and is based in Hong Kong with his pet beagle, Teddy.