6 Characteristics of the Most Effective Sales Leaders

Sales is a cutthroat industry that can be incredibly difficult to succeed in. One key element of any sales team is an effective sales leader – they can mean the difference between teams struggling to hit their quotas and consistently exceeding them.

A strong leader can identify strengths and weaknesses in their team, motivate team members to improve morale, train sales reps, and help the team stay focused on their goals.

Here, we’re going to identify some of the key traits for effective sales leadership. We’ll discuss what these characteristics are and how they can lead to better results on an individual and team level.

Sales leaders need to be disciplined, motivated, and capable of staying on top of their work. They need a certain drive that pushes them towards success despite the many barriers that will undoubtedly stand in their way. These are the character traits that will likely bring them into a leadership position in the first place.

But once they’re in that position, the benefits go beyond the individual: drive is contagious. When a leader is driven and motivated, they will often confer those qualities onto their team members.

Yet when a leader lacks drive, it shows too, and team members can pick up on that. In turn, the team’s performance will suffer as the members follow the example that the leader sets.

So, what exactly is this elusive drive? In a sales context, drive is a need to achieve: grow the sales numbers, close deals, and take a team to the next level.

Successful sales leaders are inherently motivated to achieve and push their team to new heights. Without drive, a salesperson would not have the grit required to show up everyday, challenge themselves and their team, and move their company forward. 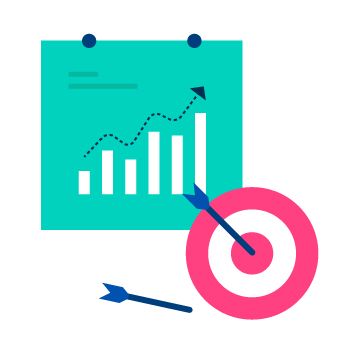 When people think of success in sales, the focus is usually on numbers. But hitting targets only tells half of the story. Sales is a game of both skill and chance – no matter how skilled you are, you’re never going to be able to sell to everybody that comes your way.

That’s why sales leaders understand the importance of not just results, but the process that leads to those results. The reality is that sometimes the results are simply out of your control. If you don’t have a proven process to rely on, you’re liable to change your strategy every time you make or lose a sale.

Imagine that your team relies on a sales script that has generally given good results. All of a sudden, your team’s numbers take a dive for a week. If you’re overly focused on results, you may drop your winning script in favor of a new one only to find that it performs even worse.

Had you had faith in the process, you may have found that this slow week was just an anomaly, and that your sales numbers would return to normal shortly. But trusting in your process blindly is also a surefire way to run your figures into the ground.

A skilled sales leader has a keen talent for balancing both the process and the results. They’re able to stay the course when necessary, but they’re also capable of adjusting when needed.

Successful sales managers know that their team members are their greatest asset when it comes to achieving their targets. In addition, they understand that everyone learns differently and has varying talents and skill levels.

To experienced leaders, these variations aren’t issues to be fixed; rather, they’re tools that can be used to move the team forward.

Sales leaders take each individual’s strengths and weaknesses into account and tailor their coaching style to the team member’s unique needs. They realize that trying to force the same selling style onto all their teammates likely isn’t going to work, so they adapt their input to the individual.

Ideally, a sales leader will genuinely enjoy teaching and coaching their team members. When a coach truly loves what they do, it shows, and the team is more likely to stay motivated and take what they say to heart.

In fact, a great sales leader need not even be the best salesperson themselves. But if they can identify the weak points in their team, fix them, and bring their team to success, they can make a fantastic sales leader all the same. 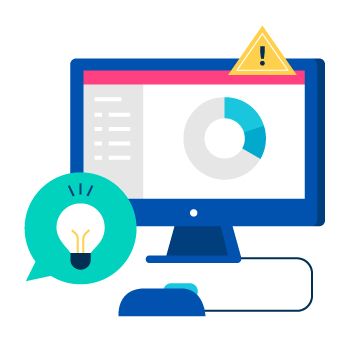 Not everything that goes into a sale can be written down on a sales script or included in a sales strategy. To some extent, all sales leaders must rely on some form of that ambiguous concept we call talent.

Talent is often thought of as something natural and inherent that can’t be taught. But when it’s viewed as a set intuitive skills, or the ability to follow your gut to the right solution, it’s clear that the same benefits of natural talent can be gained through years of experience.

Essentially, sales leaders need to be able to confront new situations with grace. When something doesn’t go as planned or a novel circumstance pops up, they need to have an intuitive sense of how to redirect the team so that it doesn’t lose too much momentum.

Successful sales leaders are able to make intuitive judgements not just about their strategies and prospects, but about their team members as well. They can sense when a team member needs an extra push, and when it’s time to lay off.

Emotional intelligence has become something of a buzzword over the past few years, but it’s an important characteristic of successful salespeople nonetheless.

Emotional intelligence has two facets: the ability to control and manage your own emotions, and the ability to skillfully navigate interpersonal relationships.

Sales leaders need to deal with both of these situations on a daily basis. Hitting sales goals and managing a team is challenging. Leaders need to be able to think through their strategies and implementations clearly without negative emotions clouding their judgement.

On the other hand, they must also be capable of working with other people’s emotions, not just their own. Sales leaders are guaranteed to encounter difficult interpersonal situations, such as underperforming team members, and they need to be able to work through those challenges.

Ideally, a sales leader will be able to use their emotional intelligence to reduce negativity when it arises and sustain positivity. If they or their team are feeling motivated, they’ll be able to capitalize on that feeling, and if they’re feeling discouraged, they’ll know how to cut it off so that it doesn’t affect their work.

Sales is stressful, so being able to stay calm and steady throughout the process is essential to being effective as a leader.

6. An Eye for Talent 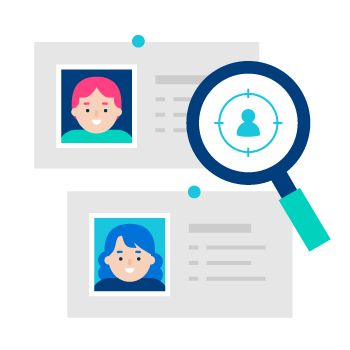 One of the most important jobs that a sales leader has is recruiting the talent that will make up their team. The people they recruit will serve as the foundation that all their strategies and efforts will be built upon, so without the right people, the team will be severely handicapped.

Effective sales leaders are able to combine several of the characteristics we’ve covered so far to identify talent that will make a good addition to the team. They will need to use their process and results mentality to figure out which candidates can fill in specific gaps, their intuitive skills to recognize undervalued talent, and their emotional intelligence to conduct successful interviews and eliminate their own harmful biases.

Even once a candidate is recruited, the sales leader will need to continue using their keen eye to make note of more specific talents that each team member has. They will then be able to find the right niches for each member to work in and coach them to achieve their full potential.

Luckily, most of the traits of successful sales leaders can be learned or practiced to some extent. Even the most seemingly innate ones, like drive and intuitive skills, can be improved through discipline and experience.

If you want to become a successful sales leader, the most important step is to learn from the greats. Observe the leaders around you, near and far, and see how you can emulate some of their character traits. Eventually, you may find they’ve become natural parts of your own personality and ability set.