Inside Sales vs. Outside Sales: Everything You Need to Know

When you picture a salesperson, what do you think of?

Someone knocking on doors with a briefcase full of product samples?

Or someone in an office, working the phones and sending email after email?

Well, both are kind of right: the first scenario refers to outside sales, while the second image describes inside sales. These sales processes require very different skills – someone who excels at the first may be terrible at the second, and vice versa.

If you’re going to build a high-performing sales team, it’s vital that you understand the skills, traits, and characteristics that lead to success in both inside and outside sales.

What Is Inside Sales?

Inside sales is all about selling to customers remotely through tactics like:

However, it’s not all outbound. The inside sales team might also handle marketing qualified leads generated through inbound campaigns, such as people who have downloaded an ebook or subscribed to a newsletter.

Unsurprisingly, inside sales is most applicable to businesses whose products can be effectively sold remotely. One example would be SaaS companies – the product exists online, so it’s easy to showcase and demo on the phone or via a video call.

Office supplies are another, but quite different, example. It’s a physical product, but most buyers don’t need to see a stack of paper or a printer cartridge before they order it, so they can effectively be sold remotely.

What is Outside Sales?

Outside sales involves sending reps to speak with customers in person. For that reason, it’s sometimes referred to as “field sales.”

These salespeople don’t spend a lot of time in the office, because they’re constantly on the road traveling to meetings. They generally don’t work a 9-5, as they could be entertaining potential customers or sitting in a hotel room working on a pitch they’ll be giving the next morning.

Maintaining an outside sales operation can be expensive. Travel, accommodation, and food costs will all need to be covered.

What’s more, it can be inefficient, as only a small proportion of a field rep’s time is spent speaking to prospects. Far more will be spent on setting up meetings, arranging transport, and actually getting there in the first place.

As a result, the outside sales model tends to be used by businesses with higher-value products.

Inside Sales Vs. Outside Sales: What Are the Key Differences?

However, that’s not the only thing that sets them apart. Because the two disciplines work in such different ways, they have several other distinct qualities:

This is a slight oversimplification – everyone wants quality leads, not just outside sales.

2. Outside Sales Is More In-Depth & Strategic

This is inevitable, since you’re not going to fly halfway across the country, stay in a hotel, and go out to dinner with someone who isn’t a senior decision-maker.

Because of this, field sales agents spend a lot more time with those high-value prospects, allowing them to dig deeper into their goals, and forcing them to think more strategically.

3. Inside Sales Cycles Are Shorter

Whereas outside sales reps might have to travel to meet a potential customer multiple times before they’re ready to buy, an inbound agent can theoretically set up a product demo after a single phone call or email, then close the deal through the demo.

This also depends on the type of product being sold. SaaS products, for example, likely cost no more than a few hundred dollars a month, and many offer free trials or freemium tiers. That makes them a lot easier to close, fast.

What Are the Benefits of Inside Sales?

Both sales types have their benefits, depending on the industry, organization, and product or service being sold.

Here are the main benefits of inside sales:

Clearly, an agent who’s at their desk all day will be far easier to reach than one who’s constantly on the move.

This means that inside sales teams are generally able to respond much faster to queries from prospects. Only a small proportion of those queries will require a dedicated meeting to discuss them; most can be resolved via a simple phone call or email.

In turn, this naturally makes it easier to maintain momentum on deals. 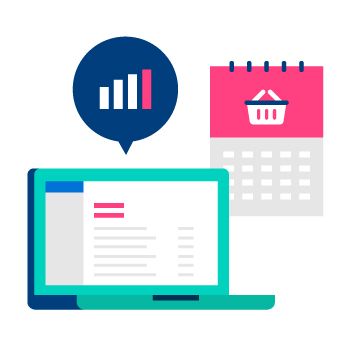 It’s true that there are a lot of distractions in sales. but inside sales teams spend a much higher percentage of their time on selling-related activities because they don’t have to travel to do it.

So while the conversion rates tend to be lower than in outside sales (more on this later), inside sales can make up for it through sheer volume of activity.

If you’re a growing business, you’re likely going to have to scale your sales function at some point in order to hit your revenue targets.

Field reps can be very territorial – they pride themselves on knowing their designated area, and they might not appreciate being moved or having their territory divided to fit in a new rep.

It’s also a lot harder to put consistent, repeatable processes in place around field sales. By necessity, field reps have to think on their feet. They’re often on their own, hundreds of miles from their sales director, so they have to find their own way to do things – and each rep might work in a very different way.

This is much less of an issue for inside sales. The process can be clearly defined, from prospecting, to cold calling, to demoing a product and closing the deal.

With all those processes in place, scaling is simply a matter of hiring a new rep and training them on how you do things.

Because each interaction with a potential client costs much less for inside sales, the overall cost of closing a deal tends to be significantly cheaper as well.

The flip side is that those deals will often be of lower value than those closed by an outside sales team.

Although this isn’t always the case, since field sales agents generally work alone and develop their own systems for getting things done, they’re not always eager to share their tips with other reps.

This tends not to be the case for inside sales teams. They’re competitive, of course, but because they spend a lot of time together at their desks and in meetings, they’re far more likely to share best practices.

Because the volume is so much higher for inside sales, it’s also more practical to A/B test things like calls to action and introductory pitches. Everyone can use that knowledge to improve performance.

What Are the Benefits of Outside Sales?

Inside sales can be efficient and effective, but that doesn’t mean that outside sales can’t work for your business. Here are the benefits of the field sales approach:

`Precisely because inside sales agents speak to so many people every single day, the average conversion rate of inside sales tends to be pretty low.

In contrast, outside sales reps need to close a high proportion of their deals to justifyl the additional expense, which means a higher conversion rate. Plus, it’s generally easier to close a deal in person than on a video call.

Because they spend so much time in conversation with prospects – and because it’s all face to face, rather than on the phone – field sales agents should be able to build stronger, longer-lasting relationships with potential customers.

This can be both an advantage and a disadvantage, though. Once a deal has closed, you ideally want to be able to hand the client over to an account manager. However, this can be difficult if the client has a close, trusting relationship with the salesperson.

Having a field sales team doesn’t guarantee great retention, and plenty of inside sales-driven businesses are great at retaining accounts.

However, because field agents spend extra time on relationship-building, there’s a better chance of those deals starting off on solid ground, which in turn makes those clients more likely to stick around.

Is Inside Sales vs. Outside Sales a Thing of the Past?

Given that inside and outside sales are effectively polar opposites, you might think it’s a matter of choosing one or the other.

However, that’s not the case anymore. In reality, the barrier between the two disciplines is rapidly eroding.

Many companies now operate hybrid models that blend elements of both inside and field sales. For instance, a rep might cold-call a prospect, qualify them as a lead, then – if the potential deal is of sufficiently high value – travel to meet them in person.

It’s therefore becoming less about inside sales vs. outside sales, and more about which tactic is most applicable to a specific prospect at a specific time.