How to Be a Better Salesperson Through Relationship Selling

It’s hardly surprising. In a target-driven environment, too many salespeople are only thinking about the next deal – it’s all “me, me, me.” They’re not taking the time to understand their prospects’ pain points and consider how they can add real value.

Read on for the biggest takeaways from our conversation, and check out the video below to watch the whole interview.

What the Heck Is Relationship Selling? (0:52)

They’re all phrases that we hear bandied around a lot when it comes to building strong, meaningful relationships with prospects.

Amy makes it clear that relationship selling has to be less about the sales rep and more about the buyer. “Your buyer has a journey that they’re going through and they’re in the industry they occupy, you’re in a space that you occupy, and it’s about understanding that connective tissue,” she says.

In a world where salespeople are fixated on getting to a “yes” as fast as possible, relationship selling requires a major shift in mindset. A “no” today isn’t necessarily an undesirable result, provided you’re taking the time to develop a relationship that could bear fruit down the line.

“That’s how I think about it: [do] the right work with the right people, consistently, and it automatically leads to that relationship – even if it’s a ‘no,’” Amy explains. “Just because it’s a ‘no’ doesn’t mean that you don’t have a relationship, and that’s where a lot of people get it wrong.”

There’s a misconception that only enterprises have the budget and resource to effectively execute relationship selling. That in the pressure-cooker SMB environment, where one deal can mean the difference between success and failure, there simply isn’t enough time to form lasting relationships with your prospects.

What’s an Example of Great Relationship-Building? (3:58) 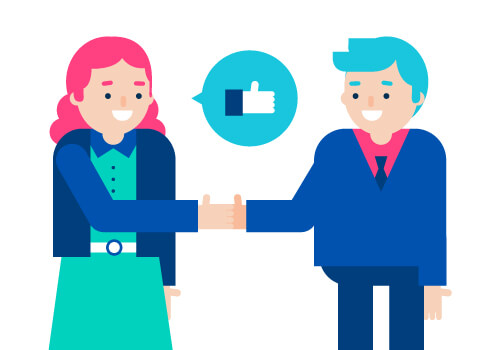 Amy knows when she’s speaking with a salesperson who’s clearly taking the time to build a meaningful relationship with her.

One time, she was bidding for business. She eventually won the bid, but along the way, the prospect told her about a different company with a piece of software that made their value proposition extremely compelling.

Having never heard of it before, she wanted to learn more, so she spoke to an SDR at the company and asked for a product demo.

“The SDR has a lovely conversation with me and he’s like ‘I’m really nervous to have this call because my boss knows about you and he makes me read your content, so I know what you care about.’ Ultimately I asked how much it cost because I liked what I saw and he’s like ‘Technically I can’t have this conversation, but let me give you a ballpark.’ He was sowing the seeds of a relationship.

“That was a ‘no’ from me at the time – they’re not where I need them to be – but I’m really intrigued by what they’re doing and I’m fascinated by it. The VP of sales, who wanted the sales guy to read my stuff, we just had a conversation yesterday. He’s like ‘I care about your feedback, why was it a no? In the sales journey, what could we have done differently?’ I gave him immediate feedback and said ‘I’m giving this to you because a) I want you to get better, but also b) I don’t want to lose sight of this because for me it could be good.’

“I’m still helping him, giving him feedback. I think people look at it – especially in SMB – as so transactional. It doesn’t have to be that way. Just because it’s a ‘no’ now, what happens tomorrow if I get a bunch of funding and now I’ve got a really big bank account? Now I’m an enterprise, but you’ve lost my attention because you treated me the wrong way.”

How Do You Build Relationships With Prospects? (7:51)

Relationship selling isn’t difficult. Anyone can do it. But you need to put in the hard yards first.

Look at Mark Cuban, the Shark Tank star and owner of the Dallas Mavericks. He’s a self-professed voracious reader. He pays attention. And in conversation, because he’s immersed himself in what he’s talking about, what he’s interested in and the marketplaces that he’s involved in, he becomes very valuable. His words have real substance.

His knowledge allows him to build meaningful relationships that don’t feel salesy at all. It’s the exact opposite of relying on sales scripts and talk tracks.

Amy takes a page out of Mark’s playbook: “I do my homework upfront and I know why I want to talk to them and the problems I can help them solve, and I know what’s happening in their marketplace because I’m fascinated with it.

“Let’s say I have 10 accounts that are focused on healthcare and those accounts are all Fortune brands. They’re going to be going through some of the same things.

“Maybe we’re approaching an election year and healthcare’s going to be a part of that. How do they feel about it? I’m going to read up on it, and when I reach out to them I can actually have a very productive conversation to understand how this affects them, what their goals are as a result of it, and how they are preparing for it.

“You’re not asking them the read, rinse, and repeat standard-issue questions; you’re having a business conversation.”

How to Find Information to Help Build Meaningful Relationships (10:38) 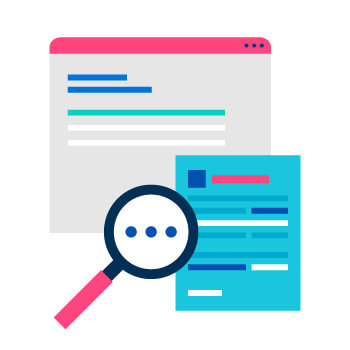 So you want to get into your prospect’s mindset. You want to understand their challenges. You want to ask them interesting, relevant questions. Where can you turn to find insightful information?

First off, Amy and her team use LinkedIn Sales Navigator to set up searches about the accounts they’re interested in. This allows them to see the articles that decision-makers are sharing, the groups that they’re part of, and how they’re engaging and contributing to conversations.

Next up, take a look at industry publications like TechCrunch, Inc, Fortune, and Entrepreneur. Review sites can be useful, too. Check out CrunchBase, Owler, and G2 Crowd. Even Glassdoor can be a vital tool in helping you build stronger relationships.

“If you’re talking about problem-solving, go to some of these different places, and if they’re getting slammed online and you can offer a solution, my oh my, what an amazing opportunity that is,” Amy says.

Those are all fantastic tools for finding web-based content. But from a personal perspective, I also always make sure to monitor social channels using a tool like Brand24 or Mention.

They’re crawling any time a person or brand are mentioned on social. In particular, if you’re doing account-based marketing, it’s great because you can just plug it in, load up all your prospects, and delete them when you’re done. Rather than sending the cliched “Congrats!” message, you can start a more meaningful conversation: “You guys are on a roll – you’ve been mentioned 70 times in the last month!”

What Does It Take to Build a Meaningful Connection? (14:53)

Relationships are like a bank account. You have to put in a bunch of deposits before you can withdraw anything.

In other words, you can’t expect to fire off a “Congrats on getting funding” message, then immediately follow it up with a sales pitch. You need to earn the right to sell.

Whenever she reaches out to a prospect, Amy takes the time to consider her message from the client’s perspective. “I like to just gut-check myself. How would I like to be approached? If I’m sending a new email to someone and I’ve never sent something like that before, I’m going to chill out for two seconds and send it to myself first. What does it look like on my phone, what does it look like in my InMail? What does it look like to me? And is it engaging, or is it like everything else?”

What Does the Relationship-Building Process Look Like in the Wild? (23:26) 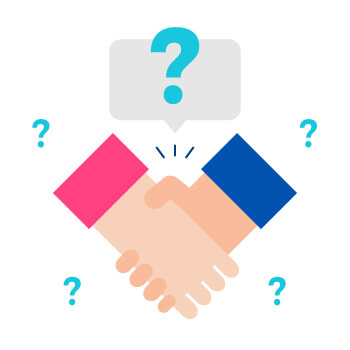 Remember, I never said relationship selling was easy. There aren’t any shortcuts. But, as Amy’s next example demonstrates, if you put the hours in, you’ll see results.

Amy had been nurturing a relationship with an SVP of sales – her ideal buyer – for two whole years. Nothing salesy, just good, old-fashioned business conversation.

Eventually, the prospect reached out to Amy about an executive he was looking to hire. She assumed it was a done deal. “If you were to look at my pipeline, I literally had it at like 95%,” she says. But he ghosted her.

At this point, most salespeople would despair. But not Amy. She persisted, eager to learn what had happened and what she could have done differently. Six months later, the prospect finally responded, apologizing profusely and explaining the situation.

“While we actually never did business together, he ended up becoming a huge source of referrals for me,” Amy explains. “In addition to that, we’re now colleagues and friends. We share lots of information back and forth. That never would have happened if I’d been all about me, or if I’d been super-aggressive when he ghosted me. It was the long-game mindset of ‘This is bigger than me.’

“People look at their opportunities as ‘closed, done.’ But all of those carry a lot of opportunities for relationships like this. It doesn’t always have to be immediate.”