High Tech vs. High Touch: How to Balance Automation & Human Interaction in Sales

Best-selling author Daniel Pink has written a number of books relating to how humans can better leverage an understanding of psychology to optimize workplaces. He advocates for right-brain thinking and reintroducing creative, out-of-the-box approaches to business problems that, nowadays, tend to be solved by processes and data analysis.

Obviously, this notion can be applied throughout all the departments that make up a modern business, but it’s specifically in sales that Mr. Pink has focused his attention.

In this article, we’ll be taking a look at how automation isn’t necessarily the silver bullet that many businesses believe it to be when it comes to shortening their sales cycle.

At the same time, we’ll also acknowledge the critical role that automation does play in a marketing and sales landscape that is increasingly more digital.

When discussing the balance between automation and human interaction, it’s critical to understand that, in most cases, there’s little reason to select either one or the other.

The power of automation is in its ability to do what humans can’t. Or, at least, to do it faster than a human can. That would be capturing and parsing user-interaction data into actionable data points, for instance. Automation also scales better than human interpretation of data, so there’s an economic aspect to this that can’t be ignored.

The power of human intervention is to act on this knowledge in a way that isn’t entirely script-driven, creating credibility that can only come with a personalized touch. It’s about knowing what questions to ask and having a virtually endless supply of responses in order to close the sale.

The layered approach refers to the creation of a sales environment that uses the combination of automation and human interaction intelligently.

Once again, sales software is able to monitor user behavior with a website or other digital marketing channel, then provide a visual dashboard of sales opportunities that may either be at risk or at a point of peak interest. While automated follow-up options exist for these two categories of sales opportunities, a well-balanced sales approach would suggest that it’s time for the “human layer” to intervene.

Essentially, it’s automated data collection, parsing, and visualization that arms a salesperson with knowledge to build a lasting relationship or close a sale.

Jason VandeBoom gives an excellent interview with inc.com on this topic. Despite being the founder of a company that builds sales automation tools, he actively encourages companies to embrace the need for human intervention at the right time.

One key takeaway from the interview is this choice quote: “Done well, automation is about bringing two humans together at the exact moment personal touch is needed,” VandeBoom told INC.

Most companies that use chat tools are aware of their automated bot responses to customer queries. While these may suffice for certain products or services, this is an area where human interaction should be prioritized over AI or scripted responses.

One of the main reasons for this is that LiveChat interactions are typically customer-initiated. If a LiveChat element is visible, there’s a reasonable expectation that the customer will be interacting with a human that’s able to listen to a specific question and respond appropriately.

But technology and automation also play a role in these interactions, as LiveChat integrates with a company’s CRM.

A company like Zoma uses LiveChat on their product page to encourage customer-initiated interactions. When starting a chat with a known visitor, the salesperson at the other end of the line potentially has access to a wealth of information on the customer’s location, previous purchases, as well as other conversations they may have had with sales or support staff.

This is knowledge that only a human brain can interpret appropriately. A casual comment about the weather in their location, or noting that the product they’re interested in has a particular benefit over a previous purchase they considered, buys enormous credibility.

Again, this is a perfect illustration of how a balanced approach adds exponential value to the sales process when applied intelligently.

When a customer interaction is supplemented with customer information, each support query becomes an opportunity to move the person further down the sales funnel. Something that would be much harder, if not impossible, if there wasn’t synchronicity between automation and interaction.

Depending on your target audience, there’s going to be instances where the sales process should be biased towards promoting in-person contact.

Tech-savvy website visitors won’t necessarily have an issue interacting with a chat mechanism, automated or manned by a salesperson. But a potential customer belonging to a demographic that’s notoriously tech-averse would prefer a more traditional means of contact.

If your product or service is geared towards serving the elderly, having a telephone contact channel clearly visible puts those types of customers at ease. No need for them to trawl through a website, capture heavily validated forms, or even open a chat window. All they have to do is jump on a toll-free call like they’ve been doing most of their lives. A good example of this is Bay Alarm Medical which bolds their number in the header menu.

Something to bear in mind here is that some approaches to the subsequent interaction could still drift into the “automated” realm, even if it’s conducted by a salesperson. For example, the rise of outsourced support centers and the scripted conversations they (understandably) depend on means that the benefit of having a right-brained salesperson at the other end of the line is entirely lost.

Of course, there are certain products where farming out support and sales to third-party service providers is more than reasonable.

But, in staying with the Bay Alarm Medical example, there are some customer bases where this approach will definitely be counterproductive. No matter how much money you’ll be saving in doing so, an unmotivated, untrained salesperson, with little knowledge of your product, will not be as effective as an experienced salesperson who knows how to elegantly convert a support query into a sale.

Spotting and responding to subtle conversation cues, making notes on the conversation, playing the long game, and being able to show a genuine interest in the person’s needs are all vital skills. And a “Standard Operating Procedure” approach to these telephone conversations is going to have the opposite effect.

Essentially, it’s important to understand that by automation, we’re not only talking about technology. Phone scripts are essentially a more cumbersome representation of a chat bot. If selling your product largely depends on human contact, make peace with the fact that going the personalized, high-touch route may be worth the extra overhead.

Customer loyalty is obviously critical for traditional businesses – more than half of their revenue is generated by return customers – but it’s doubly important for companies that operate on a recurring revenue model. The relatively low barrier to entry for launching a potentially disruptive product means that established companies must focus on keeping their churn metrics to an absolute minimum.

And this is an area where automation can certainly play a role.

The tech landscape is well-populated with extremely helpful platforms that identify at-risk customers and even intervene on behalf of the company.

Churn Buster is a platform that identifies and resolves payment failures – one of the leading causes of churn. Not all customers who stop paying are doing so out of choice. Technical issues in processing transactions occur frequently and often without either party’s knowledge. 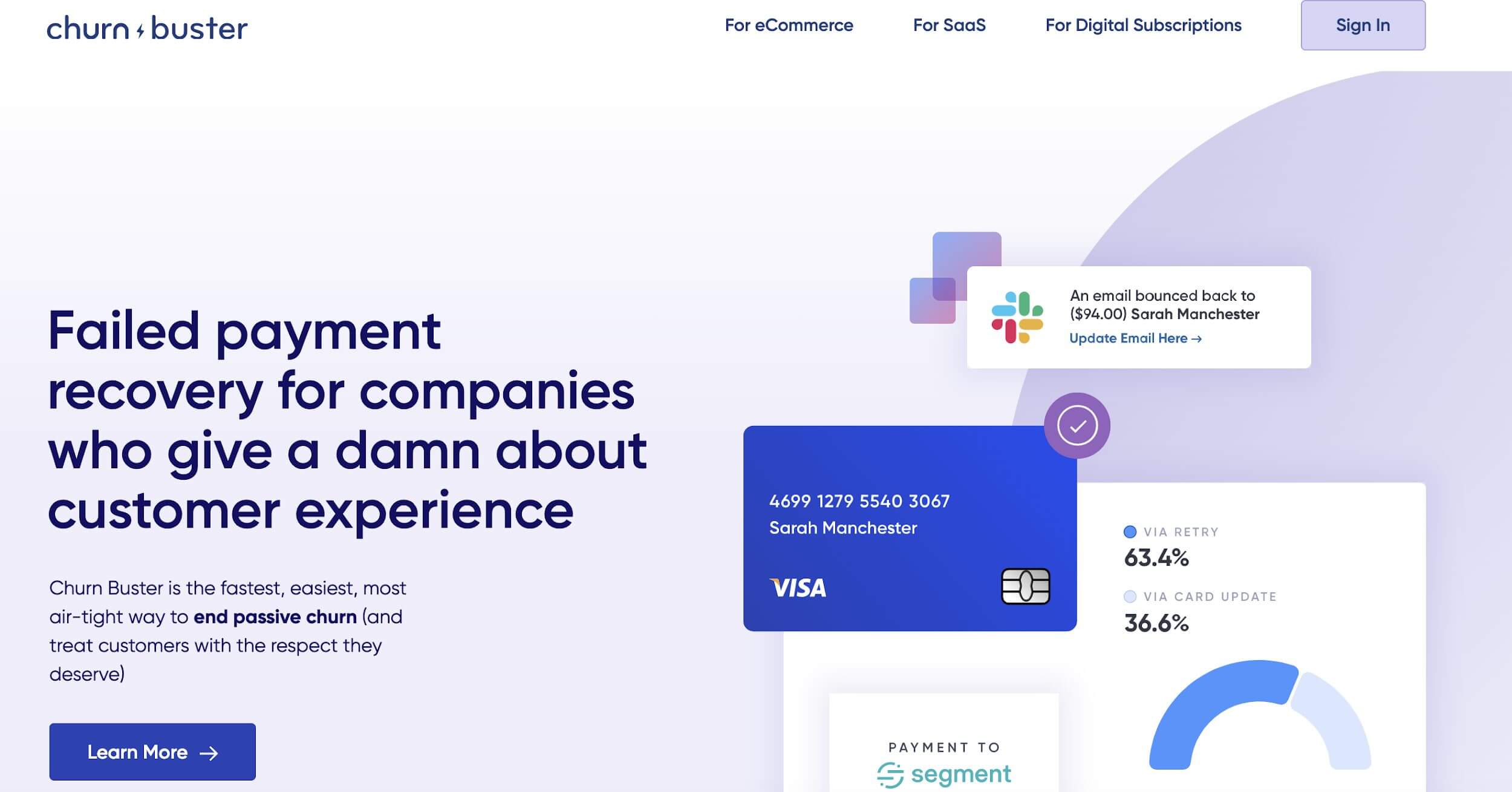 Yes Insights is an automated tool that companies can use to quickly obtain feedback from their customer base. This data allows them to identify issues customers have with their product and spot leaks in their sales funnel.

While apps like these play a material role in customer retention, they are largely reactive, since they can only respond to machine-stored data. The actionable metrics they create rely on harvesting existing information.

So, by the time a segment of customers has been identified as being halfway out the door, it may be too late to recover their confidence or loyalty.

Can high-touch, human interaction play a role in retention and, more importantly, can it do so at scale?

A business that’s answered yes to both of these questions is Ultimate Meal Plans.

The company faces the dual challenge of not only keeping customers motivated to use their product, but also stick to eating plans that are notoriously difficult to maintain.

Ultimate Meal Plans’ approach to creating loyalty is to make their community a core part of their product. Online discussion groups, moderated by nutrition experts, allow subscribers to not only receive advice and motivation from their peers, but also become active providers of advice and motivation. 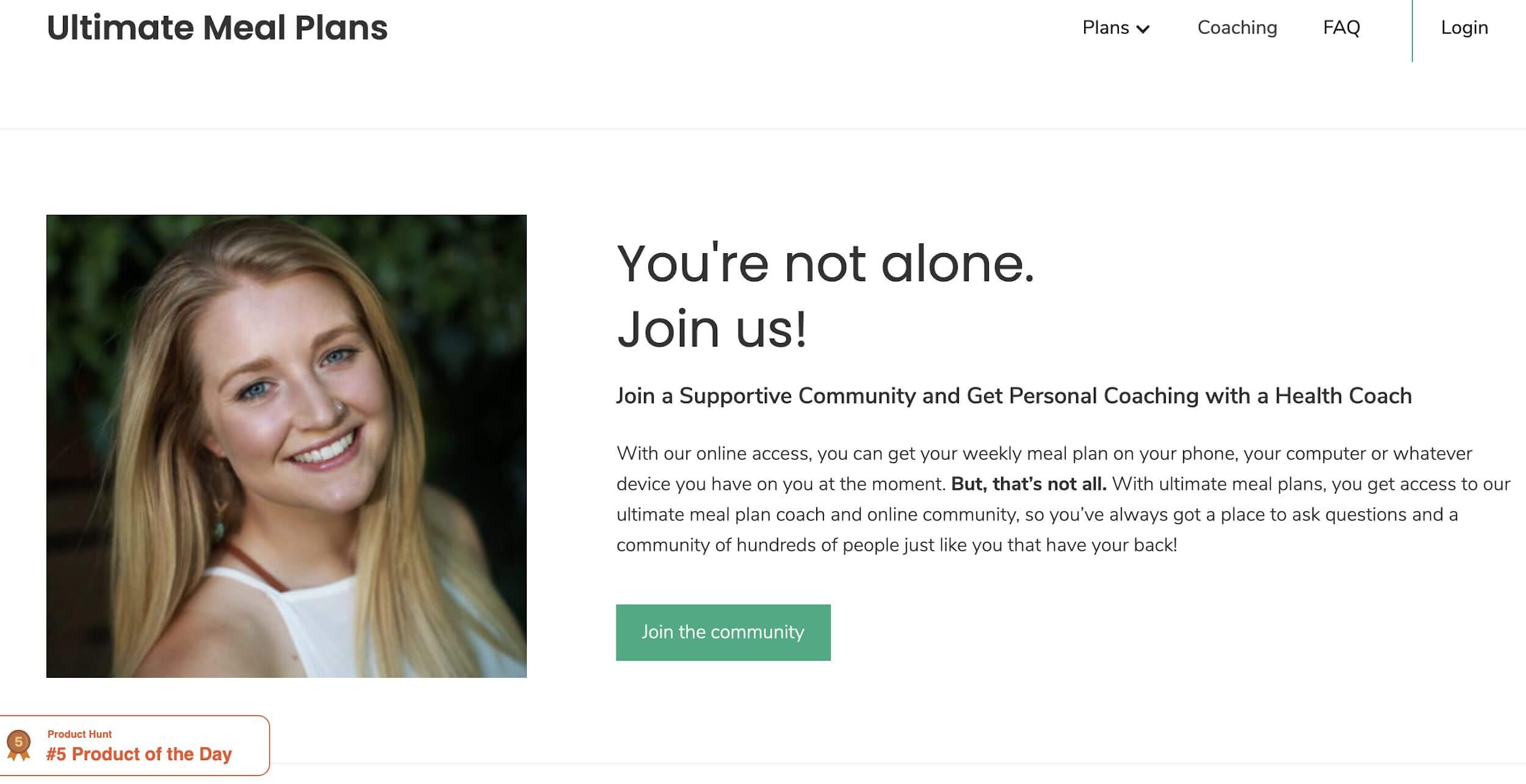 This network effect of support creates a deep and rewarding sense of community among people with common goals, leading to a tremendous sense of brand loyalty.

What Ultimate Meal Plans set out to do was work a retention mechanism directly into their core product. They recognized that the sales funnel includes turning customers into advocates, and as a result, they provided a platform where this can be achieved.

Striving for This Balance is an Ongoing Challenge

Identifying the ideal overlap between high-tech and high-touch may seem like a daunting task for an entrepreneur or sales manager.

It’s vital to acknowledge that the combination that works for a competitor may not be ideal for your business. There are simply too many variables involved – moving parts that only you and those privy to your business strategy can identify.

Understand that the push-and-pull between automation and human interaction is a process. It’s an ongoing journey that may never have a destination.

Implement components and mixtures of either approach; test, reimplement, then test again. Changes in consumer behavior and innovation in the automation space means that opening your business up to this concept is critical to success. There shouldn’t be a “destination” where a perfect equilibrium is reached.

It’s in striving for this balance that we learn, grow, and implement successful solutions. Not when we reach a magical destination where all our solutions simply “work.”